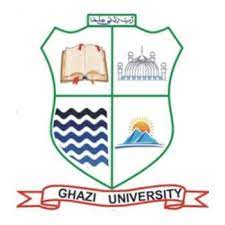 NUST is without doubt the top engineering university technology, computer science, and technology in Pakistan. NUST School of Electrical Engineering and Computer Science (SEECS) offers the education in computer science as well as software engineering that is of international standards. The school was founded in 1999 under the name NUST Institute of Information and Technology.

According to QS Rankings, NUST is one of the top 400 universities across the World and is ranked as high as 80 in Asia. NUST is aiming to become one of the most prestigious schools in the World in the coming 10 years. It is highly selective and is extremely difficult to gain admission.

FAST is among the top universities for Computer Science in Pakistan. It was established in the year 2000 by former President and chief of Pakistan General Pervaiz Musharraf.

The University offers the following courses:

There are five campuses across the nation, however the top one is in Islamabad.

FAST is a challenging semester structure and a large amount of students fail to complete the entire semester. FAST currently has over 11,000 students in its program.

Punjab University College of Information Technology is among the best institutions for computer science, situated within Lahore, Pakistan. PUCIT was founded in 1988 under the name of Centre for Computer Science.

It has the following programs in computer science:

The school has plenty of societies and clubs for students. Libraries and an 800 + computers are available to students.

PUCIT is the top institute that offers computer-related courses in Lahore with 5000 students.

Comsats University Islamabad is one the top institutions to study computer science within Pakistan. It was founded in 1998 by the Commission on Science and Technology for Sustainable Development in the South (COMSATS). In addition to the main campus located in Islamabad there are campus situated in Lahore, Vehari, Attock, Sahiwal, Abbottabad and Wah.

The university offers the following programs:

In the QS Rankings 2014, the university is among the one of the top 250 institutions in Asia.

PIEAS is one of the most prestigious universities in Pakistan in computer and engineering sciences. It was founded in 1967 as a Reactor School. The school is financed by the Pakistan Atomic Energy Commission. The campus is spread across 150 acres, and has one campus located located in Nilore, Islamabad.

The university offers the following programs:

The current enrollment is 1100 students in its enrollment. As with NUST, PIEAS is also highly selective, and lots of work and dedication is required to gain admission.

According to QS Rankings 2019, PIEAS is ranked 397th in the world and 146th in Asia and the top in Pakistan.

Computer science is among the most sought-after disciplines in the World currently. Students are increasingly interested in the field of computer science due to its growing importance in the last few years. It is the science of computer techniques, both hardware as well as software. It can be a bit complicated because of algorithms and programming but if the school is chosen with care it will not cause any concerns.

There are numerous colleges that offer bachelor’s degrees in computer science. Therefore, choosing the right one can be an extremely difficult choice. In this article , we will help students who would like to pursue computer science in the near future we have arranged best universities of Pakistan to study CS. 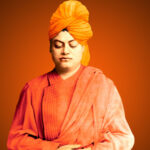 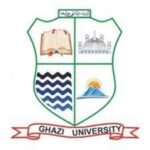 How to connect to EDUROAM Ghazi University