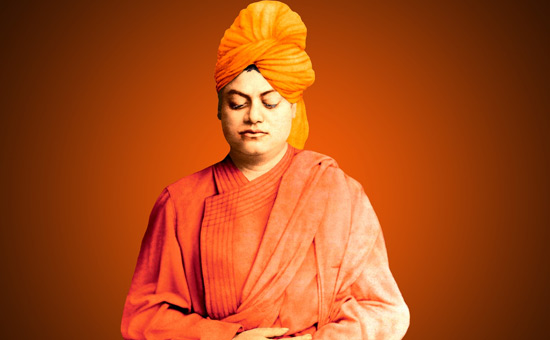 ViveKananda Yoga University in USA : The Vivekananda Yoga University (VaYU) located in Los Angeles — world’s first yoga school outside of India is now offering classes online. The university offers programs that integrate the latest research and scientific methods to the traditional Indian Yoga practice. VaYU was launched jointly in June by the Minister of State in charge of Foreign Affairs V Muraleedharan and Chairperson of the Standing Committee on External Affairs P P Chaudhary in conjunction with this year’s 6th International Yoga Day commemoration.

The eminent Indian yoga teacher H R Nagendra, Chancellor of Swami Vivekananda Yoga Anusandhana Samsthana (SVYASA) is the very first chairman of VaYU and Sree Sreenath is the president. An average of 30 students have signed up for VaYU’s Online MS (Yoga) Programme and the online classes began in August. The students who are enrolled range between 28 and 70 years old and comprise students who hail from America and Canada with diverse backgrounds including doctors as well as engineers, professors and entrepreneurs Jaipur Foot USA chairperson and the director who founded VaYU, Prem Bhandari said.

The next academic year of the university is scheduled to begin in January. Plans are being made to launch the campus in Japan in addition to assist in the expansion of the university and spread its yoga-based teachings and holistic living to a larger populace, he said. In his address at the official launch of the university Nagendra, who is recognized as the yoga advisor for the Prime Minister Narendra Modi stated VaYU will offer a holistic and wisdom-based perspective and academic aspects of yoga to the people of the US. Nagendra had also said that the school “combines best of the East and best of the West”.

“Best of the East is yoga and its applications and best of West is modern scientific research. We want to bring this integrated dimension of healthcare to world at large – allopathy and the AYUSH systems,” the doctor has said in reference to the practices that includes Ayurveda, Yoga and Naturopathy, Unani, Siddha and Homoeopathy (AYUSH).

Bhandari added that the foreign secretary Harsh Vardhan Sringla played a major role in helping realize the idea to establish the school within the US and has expressed his support for expanding its reach in order to spread advantage of the long-standing Indian method to the other areas of the world.

Bhandari said that VaYU helps spread Modi’s message on the importance of yoga to achieve harmony and a better planet and that yoga is a tool to unite that doesn’t make distinctions based on race color or gender, as well as faith and nations. Bhandari stated that in the future, VaYU “would produce best modern day yoga practitioners who would not only spread peace but make planet Earth a better place to live”.

The school is the “prime example” of people to people connections between India and the US according to him. Based on the principles of Swami Vivekananda’s universal wellbeing, VaYU will offer online graduate programs that are based on the latest current research methods and scientific techniques for yoga. VaYU faculty members were hired from Swami Vyvekananda Yoga Anusandhana Samsthana (SVYASA) which was the initial Yoga institution in India.

VaYU will allow collaboration in research, credit transfers and joint programmes with many top universities around the world. In Washington DC in November last year in celebration of Mahatma Gandhi’s 150th birthday that the announcement for the launch of VaYU took place in front of Shringla who was an Indian ambassador to the US.

The varsity was officially launched on June 1st by Minister of State, External Affairs V Muraleedharan and Chairperson of the Standing Committee on External Affairs P P Chaudhary. H R Nagendra, the Vice-Chancellor of the Swami Vivekananda Yoga Anusandhana Samsthana (SVYASA) is the first chairperson of VaYU and Sree Sreenath is the president.

Thirty students are enrolled in The Online MS (Yoga) course and the online classes began in August. Students aged between the ages between 28 and 71 have signed up, including those from USA as well as Canada. The next term will start in January, and plans are being made to launch an institute in Japan to spread the principles on holistic and yoga to an larger group of people.

Nagendra the yoga advisor of PM Modi at the time of the launch of the school had said, “VaYU would bring wisdom-based holistic perspective as well as the academic aspects of yoga to the people of the US. VaYU blends the most effective practices of both the East and the best in the West. The best from the East is yoga and its applications , and the top part of the West is scientific research that is cutting-edge. We are determined to bring this integrated aspect of healthcare to the globe across the globe – allopath as well as the AYUSH systems.”

How to connect to EDUROAM Ghazi University 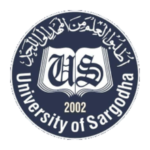